Are you a dreamer? Do you believe that you can have an amazing life? Do you have the courage to ask for what you want? Some people are so afraid of disappointment that they would rather not even hope for something wonderful.  They believe that life is about paying your dues and just doing whatever needs to be done (go to work, pay the bills).

A friend once told me that she was talking to a friend about how Oprah inspires her to which her friend replied “Yes that’s all fine but that’s not reality.”

I’m pretty sure that Oprah is alive and that she’s an actual real person. She might appear larger than life because of all that she has accomplished but she’s as real and human as you and I.The difference between her and the friend that commented “that’s not reality” is that Oprah believed not only in herself but in a force greater than herself. She had visions for what she wanted and what she didn’t want and she stuck to her gut. She asked for what she wanted, she built it from the ground up.Even when people told her she shouldn’t be doing this or that she followed her intuition and believed in the greatness that life had to offer. It goes to show you the power of your beliefs and how having limiting beliefs about what is possible means that you are putting obstacles in your own way.What do you believe in regarding yourself and your life? Do you stick to your guns and have the courage to stand for what you want? We must be brave and push aside the naysayers and those that have decided to crush their own dreams. They are likely to not be supportive of ours. Wishing you a wonderful day where you let those precious dreams and desires of yours slowly resurface and may you take one step ahead to get closer to them.

Did you find this post helpful? Like it and share it with your friends! The more we are to bring daily inspiration into the lives of others, the better.

Recommended read: What I know for sure by Oprah Winfrey 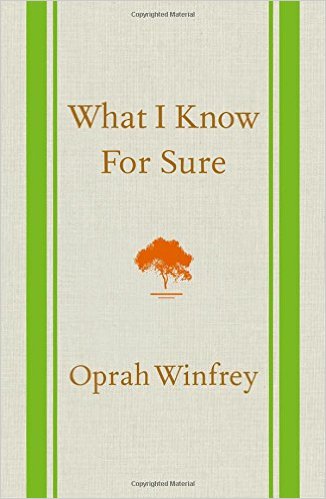